The symbol of Amazigh architecture in Morocco, classified as world heritage by UNESCO

The ksar of Aït Ben Haddou is a fortified village and a symbol of Amazigh culture and earthen architecture in south-eastern Morocco. This impressive masterpiece was built on the side of a rock in the Ounila valley in perfect harmony with its natural surroundings.

The ksar of Aït Ben Haddou dates back to the 12th century and several legends tell of its foundation. The village was an important stopover for camel caravans that linked the countries beyond the Sahara to the great cities of Morocco such as Marrakech, Fez or Meknes.

The old parts of the ksar can still be admired today, restored since its classification by UNESCO in 1987 as a world heritage site.

One can discover the old residences of the ruling families, the mellah of the Jewish community and more modest houses, a mosque, a small Koranic school, cereal threshing areas, a collective granary at the top of the rock, the remains of a caravanserai and, in the distance, the two cemeteries, one for the Muslims and the other for the Jews.

Recently, a House of Orality has been set up to showcase the community’s ancestral cultural treasures. A House of Cinema has also been opened to present the long history of the 7th art with the ksar.

Professionals for your visit

Professionals at your service to visit the ksar of Aït Ben Haddou :

Sorry, no records were found. Please adjust your search criteria and try again.

Visit the place ?
Have a question?

- Classified as a "World Heritage Site" by UNESCO.

Other places to visit 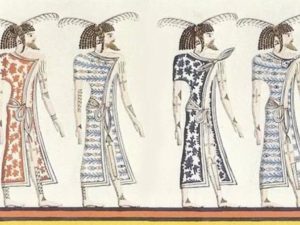 Our ancestors, the Berber 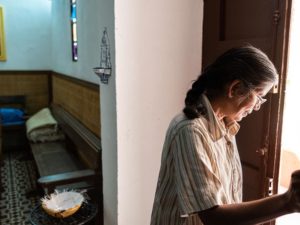 Sufism in Morocco, a bridge to the future 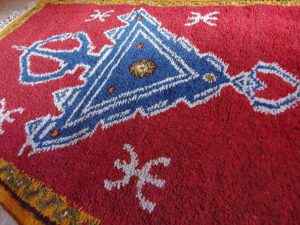 Discovering the Amazigh culture of Morocco

Le webzine sudestmaroc.com is a project of the Almaouja association based in Ouarzazate – Morocco.
© Copyright 2022 Almaouja. All rights reserved.

Change Location
To find awesome listings near you!
Send this to a friend